(CNN)Comedian and civil rights activist Dick Gregory, who broke barriers in the 1960s and became one of the first African-Americans to perform at white clubs, died Saturday.

He was 84.
Gregory recently rescheduled an event in Atlanta because he was hospitalized. He died in Washington, his son posted on social media without giving details.
“The family appreciates the outpouring of support and love, and respectfully asks for their privacy as they grieve during this very difficult time,” Christian Gregory said. “More details will be released over the next few days.”
Gregory satirized segregation and racial injustice in his acts, and was arrested several times in the 1960s for joining civil rights rallies.
He was relatively unknown until 1961, when the prestigious Playboy Club in Chicago asked him to fill in for comedian Irwin Corey one night. 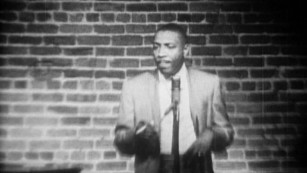 This comedian single-handedly changed stand-up 01:21
Until that night, he said in a biography on his website, he had worked at small clubs filled with black audiences.
His gig as Corey’s replacement was successful. After winning over a majority white audience that night, the Playboy Club offered him a three -year contract, turning him into a headline performer. MORE

“Dick Gregory was both a personal friend and a strong supporter of the Urban League Movement. He was a guest at my wedding and spent two weeks campaigning for me in New Orleans neighborhoods during my 1994 runoff campaign for Mayor.  He was a frequent speaker at Urban League events and his sharp-witted insight will be sorely missed. With the nation facing a crisis of racial hostility, we would do well to be guided by his unwavering dedication to justice.”

There’s a New Website for Teenage Girls at Risk of Relationship Abuse and Who...

Give It Up with Margo Hinton : Black Lives Matter Vol II [Podcast]